on They Made Him Do It! - MilliUp!dotcom! Your SEO optimized title

They Made Him Do It!

A quick look into memory lane.

MilliUp!dotcom! > They Made Him Do It!

The son of G. Porter

Born in the Port City – Wilmington, North Carolina, Carolina George AKA Fish Bait BKA G Smooth currently resides in Charlotte, NC after years of living in Greensboro, NC, the State’s triad area which includes Winston-Salem and Highpoint, NC; it’s home to over a half a million and boost one of the nations most active collegiate communities.

Carolina George arrived in the “Boro” to attend North Carolina A&T State University, to pursue a career in business and left unlettered to become one of the state’s most promising rappers. Years earlier, in his hometown he joined the crew, AKA Mandown-IP (International Productions), which consisted of mates: Darren “2Ez” Jones, Robert “Bobby Dollaz” Nixon and Benjamin “Hydro Cuzo” Bennetone III. During this time, he and the others started recording with the late Ronald “Skeez” Conyers (producer) and in their homes and later at Blezz Studio in Wilmington. This resulted in the creation of music with crafty street tales and anthems, many of which featuring Carolina George who was then known as G Smooth.

The streets began to take notice of the group, when they released a series of “MixCD’s” in 2003 – 2006 entitled “The ManDown ShowDown” Volumes 1-7 on which Carolina George gives classical performances on numerous songs. In 2007,Mandown-IP released its first commercial recording, the “Take Ya DuRag Off – EP” – which featured him on two of the albums three songs “…Du Rag” and “Fresh” — the EP did receive only little commercial success but was well received by local hip-hop artist and fans in both Carolina states.

Always on his grind, in 2003 – 2004 G Smooth recorded his first album, a double disk project that was never officially released titled “Deeper Than Music – Volumes I & II”, followed by the later release “So Smooth- EP.” The three song EP showcases talented young producers, Dale “420” Knight, Nick “Crack” Nixon and Brandon “Dubz” Rollins. In 2009 G Smooth recorded his final project before the MilliUp transformation, it was titled “The Son of G. (Dot) Porter” a testament to how he was raised without a father and managed to survive in the streets while maintaining both the reputation of his father and earning one himself. “…Grinding” is a credit to Carolina George and all credit is due to the Son of G.Porter AKA G Smooth. 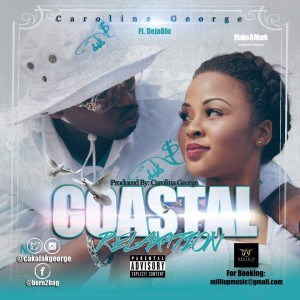 Carolina George is currently promoting his new release and is available for bookings.