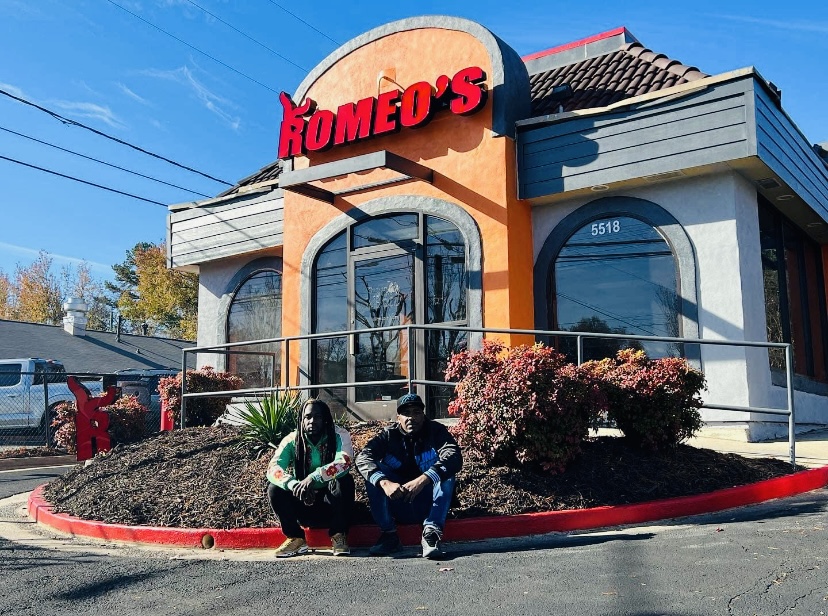 BY DejaVu March 1, 2022 @DejaVu,@motivation,Article,Articles,Blog,blogger,Blogs,Blogsite one response

What better way to kick off 2022, than to double down on a double hustle with a signed recording artist AND business owner, right here in the city of Charlotte? It was an absolute pleasure to sit with the co-owner of  popular local restaurant, Carolina recording artist Tigo B. From pushing (vegan) burgers to hot beats in the studio, Tigo took us on a ride of exploring the proper balance of handling life as a signed artist, as well as a successful business owner during a time where a global pandemic took both the music industry, as well as, local businesses and made it difficult to navigate due to world wide changes. But, how did he do it.. 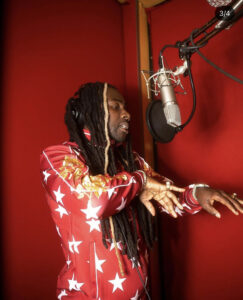 The now signed artist began his music career unintentionally and would soon meet his current music manager, and business partner, Lamont Foxx. Beginning by producing music together, the power team would also soon be the masterminds behind what is now known as, Romeo’s Vegan Burgers, one of Charlotte’s number one hot spots, which also takes the proud title of the first and ONLY vegan drive-thru on the East Coast. Not only did I get the inside scoop on the vegan hot spot that took the Queen City streets by storm, word on how the signed artist balances the lifestyle of a recording artist, as well as an active entrepreneur. 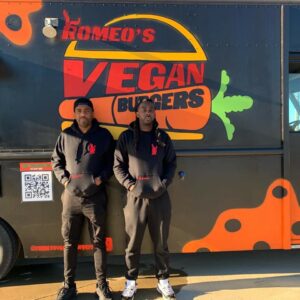 Rolled out just before the end of 2020 in the middle of a global crisis, brick winter weather nor a global  pandemic stood a chance  with optimistic owners of Romeo’s, which started as a local food truck, and quickly became a force to be reckoned with for sure. While the effects of the pandemic resulted in many businesses closing, the outcome was quite the opposite for Tigo and Manager Foxx, Tigo chatted that although opening during a pandemic, he and Foxx remained positive in regards to the success of their brand due to the growing demand of healthier, vegan options. Within the next year, Romeo’s would go from being the mobile vegan fav, to a brick and mortar location, located on the Southside of Charlotte 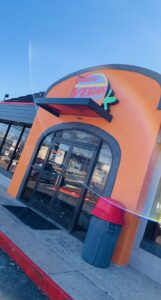 But how does an ambitious signed recording artist balance  being a full time entrepreneur as well?  Tigo tells us that wearing both hats requires balance and intentional prioritization. He notes that “planning ahead” is  a prominent habit that makes “all the difference in the world” when working in both arenas of artistry and entrepenuriship.

Being vegans themselves, the dynamic duo was able to take their everyday lifestyle, and implement it in a passionate way for local Charlotte residents (and beyond; guests traveling from even an hour away!) to enjoy. Tigo tells us that living the vegan life himself, adds another level of integrity for the food being produced. Romeo’s features a menu consisting of succulent plant based burgers and crisp garden salads and wraps. Charlotte features their signature “Romeo Burger” and has even taken its own spin on legendary classics and creating their own house “secret sauce”. The fun does not stop there! Customers are tempted to indulge in Romeo’s plant based cookies as well as a house favorite, the dairy-free milkshakes, because what’s a burger joint without shakes?! All of the goodness of juicy burgers and luscious shakes, yet still holding true to the concepts of the vegan ways of life. After so much word of mouth and hearsay, I had to check it out for myself! And I must say, these delicious vegan burgers definitely put a regular beef burger to shame!

So what’s next for the artist? Tigo says that as the pandemic (hopefully) comes to an end, new music is planned to be released this coming March  with new music videos and tours for the artist! And what about Romeo’s and all of the juicy plant based goodness it has to offer? Be on the lookout for the vegan hotspot on wheels back on the streets. Could we also keep our eyes peeled and  taste buds waiting for a franchise Romeo’s with more than one location? Hm. I guess we just have to see don’t we! But Tigo says, don’t put it past them!

The plant based food truck can be spotted throughout Charlotte in various locations. Check out their facebook page @ “Romeo’s Vegan Burgers” and follow along on Instagram @romeosveganburgers , to get the newest locations and to stay up to date on where you can pull up and grab a bite. Stop in at the historical and only vegan drive thru around at 5518 South blvd. And for your listening pleasure, be sure to also follow Tigo on all social platforms @tigobmusic, for the hottest hits to come!

Check out the full interview with artist and busines man Tigo B, by clicking the link below!

This is a great article and very informative about how the vegan company operates. I love the menu inserts, makes vegan food seem so yummy. Glad you tried it already with positive feedback as well. I think I will be a new customer of Romeo’s based on this article.