on #GunsDownWaterUp With Jay White The Super Producer - MilliUp!dotcom! Your SEO optimized title 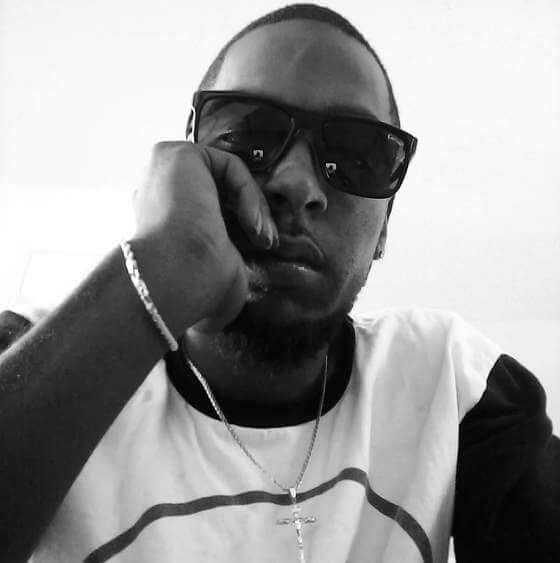 When it’s 90° outside no matter where you are things can begin to become frustrating very easily!

Often times we find ourselves on the “edge” begging for anyone to “push” us, so we can catch ourselves and rectify the situation accordingly.

In the city of Wilmington in North Carolina the population is about 115,000 according to the US Census Report, the African-American community is about 19% of that 115,000 or roughly 17,300.
The community is cluttered and spreads just a few miles from neighborhood to neighborhood. The town is still seriously segregated, although the citizens do a great job masking the obvious by mingling together in the historic downtown atmosphere.

With heat comes frustration, and being that the majority of people who are around your immediate area happen to be the same skin tone or race as you (because you all are basically living where you are rightfully comfortable to do so) things seem to get violent towards those individuals… i.e. #BlackOnBlackCrime

That all has stopped, at least for the time being because of one man taking advantage of the opportunity to better his community by offering the solution to “PUT THE GUNS DOWN AND PICK THE WATER GUNS/BALLOONS/BUCKETS/HOSES ETC. UP!”.

I must admit, this looks extremely fun! Wilmington, North Carolina has brought the fun back to summer y’all! 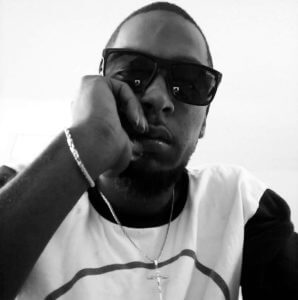 Meet Jay White #TheSuperProducer and also a founder of the #GunsDownWaterUp movement.

As a native of Wilmington, NC, Jay White started out as a drummer and keyboard player. Jay White has always had a love for music which began to steer him into the art of music production. Jay White #TheSuperProducer is quoted saying; “I love music and it always came natural to me.”

As a professional music producer Jay White #TheSuperProducer has produced for various artists in the music industry such as Crunchy Black formerly of Three 6 Mafia, Slick Pulla of CTE, as well as multiple artists of Block Ent and IMG Records.

Jay White says that his ultimate goal is to BRAND himself more and generate a top 10 Billboards Official Charts hit! 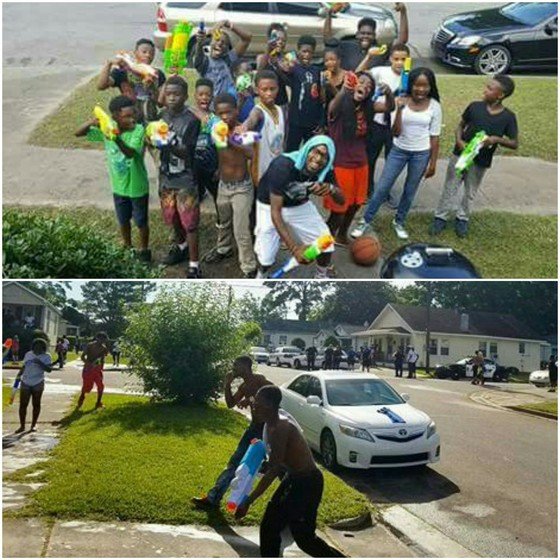 I got a chance to speak with Mr. White #TheSuperProducer for a second. I personally really want to get involved with the awareness regarding the positive vibe that the #GunsDownWaterUp movement is creating and to boldly state my claim that I would like to see this great opportunity soar all across the country to every community that needs a breath of fresh air! STOP THE VIOLENCE YALL!!! Anyways here is what Jay White had to say in our conversation after I asked him;

@cakalakgeorge: “How did the #GunsDownWaterUp movement begin and who started it? What is it’s main purpose or Ultimate goal? Any advice for upcomers in your profession?”

Jay White #TheSuperProducer: “I started #GunsDownWaterUp. It started by me running up on my neighbors and friends getting them wet & just having fun and before we knew it the city was involved and everybody was having a good time, then we started to see the violence was down. The ultimate goal is to Build bridges & gaps together in communities that have been separated by historical boundaries.”

Jay White #TheSuperProducer has definitely earned the the stamp… #MilliUp! #StayUpStayGrindN Jay White I believe in your cause brother!

His name is Jay White #TheSuperProducer and you can support the #GunsDownWaterUp movement by donating and or purchasing one of these really cool #GDWU tank tops. 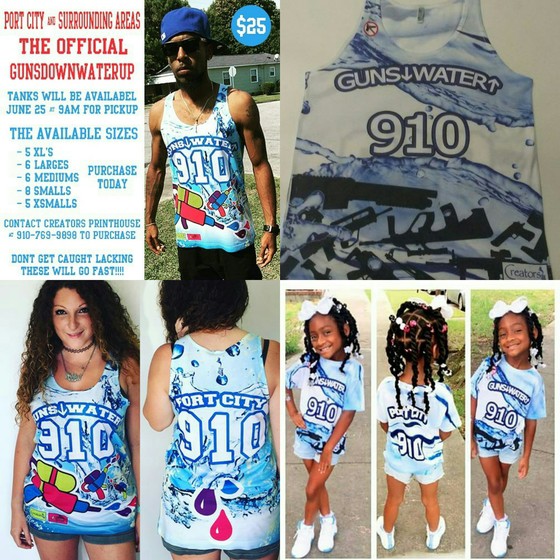 #Truth separate the weak from the obsolete!